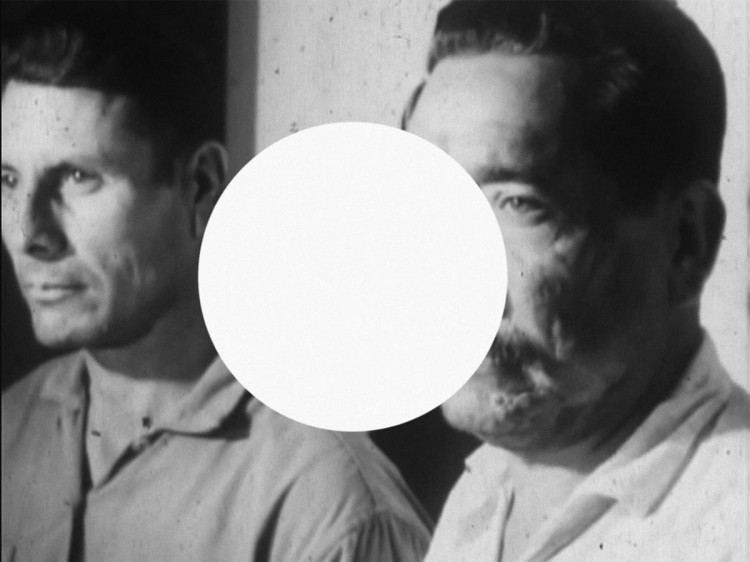 Malba presents the exhibition project Salida de los obreros al museo. Taller y República a partir de Tucumán arde by Venezuelan artist Alexander Apóstol (Barquisimeto, 1969), developed especially for the museum and coproduced with the Bienalsur. The project offers an open and collective discussion about the relationship between art and politics, taking off from a contemporary re-elaboration of the 1968 manifesto Tucumán arde [Tucumán's Burning]: Can we today re-propose a debate that takes off from strategies of production and circulation similar to the ones devised at that moment?

The project consits in three stages. Apóstol first “translates” the linguistic structure of the manifesto through mathematical Graphs theorem, to obtain a minimal mathematical formula on which to do current work. After that, he incorporates a set of variables based on biographical data of the original participants in Tucumán and data on the works they presented there, which serve to trigger work with a group of students and professionals from the UNTREF [Universidad del Tres de Febrero] in different disciplines: Performance (Actions), Literature (Words) and Cinema (Images), which will then be replicated in the Networks, the binding element for the whole project. Finally, the results of this collective work of experimentation will form the exhibition in Sala/Gallery 1 of the museum.

Tucumán arde was a political and artistic action carried out by a large group of artists in November of 1968 – when Onganía was Argentina's dictator – and which had as its starting point field work research into the conditions of exploitation of the population and the concentration of capital in the north of Argentina. It consisted of establishing a statistical record of its own, with an exhibition presented at the headquarters of workers' centers in Buenos Aires and Rosario, and in various publicity activities.

Among those activities, the text signed by María Teresa Gramuglio and Nicolás Rosa spelled out the condition for new art the collective was launching: “Revolutionary art arises out of an act of awareness of the artist's current and actual reality as an individual within the political and social setting around him. Revolutionary art proposes the aesthetic fact and deed as the core in which are integrated and unified all the elements that make up human reality: economic, social, political; as an integration of the contributions of the various disciplines, eliminating the separation between artists, intellectuals and technicians, and as a unitary action of all those, geared toward altering the entire social structure: in other words, a total art."

Just as he did in 2015, when he worked on four manifestos by the Mexican painter and muralist David Alfaro Siqueiros for the exhibition “Geometría, acción y souvenirs del discurso insurgente” [Geometry, Action and Reminiscences of Insurgent Discourse] (Sala de Arte Público Siqueiros, Mexico City), Alexander Apóstol transposes the linguistic structure and the political proposals contained in the text of Tucumán arde through a mathematical theorem, which allows him to come up with a minimal "scientific" structure, an "illusorily absolute numerical base" on which to work in the present.

The artist thus incorporates a set of variables based on biographical data of the original participants in Tucumán arde – their age, socio-economic level, educational level, party affiliation, etc.– and of the works presented in it – the number of pieces on view, published, created on paper or as objects, displayed in Rosario or Buenos Aires, etc. – which serve to trigger the work with a group of UNTREF students and professionals from three areas: performance, literature and filmmaking. The project aims to reformulate the premises – and the political scope – of Tucumán Arde through a numerical synthesis; to establish its potential creative aspects; to test the efficacy of a factory for the reproduction and circulation of ideas; to navigate over the tense, ambiguous line existing between the responsibilities of collective work and individual work; and to extend the poetics of a project of political art.

Apóstol is a multimedia conceptual artist who works on the political history of Latin America through the vantage point of urban planning and architecture. He studied Art History at the Universidad Central de Venezuela and photography at the Escuela Ricardo Armas. His work includes photographs, films, installations and texts. He has taken part in Manifesta 9, CAPC Bordeaux (2015) and the biennials of Venice (2011), Prague (2003 and 2005); Cuenca (2004); Istanbul (2003), São Paulo (2002) and Havana (1997); in Le Printemps de Septembre in Toulouse, France (2003); PhotoEspaña in Madrid (2003); FotoFest in Houston, U.S.A. (2002), among many other exhibitions. 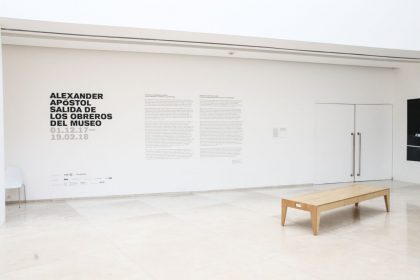 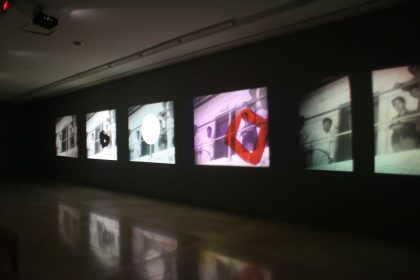 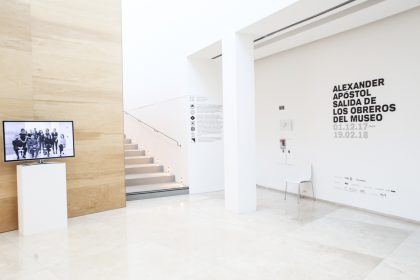 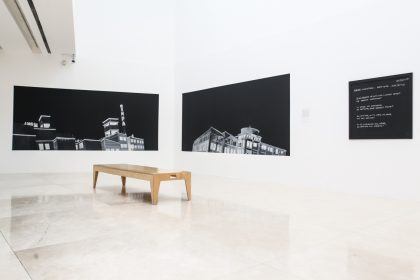 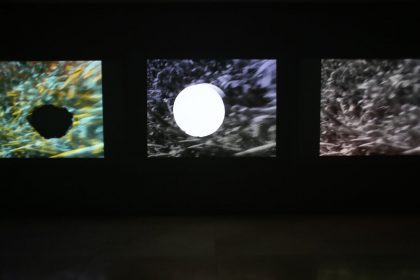 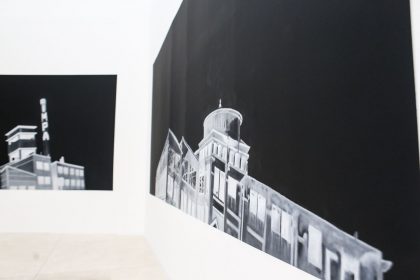 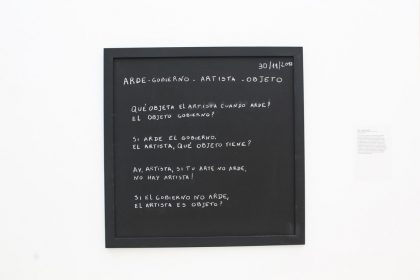 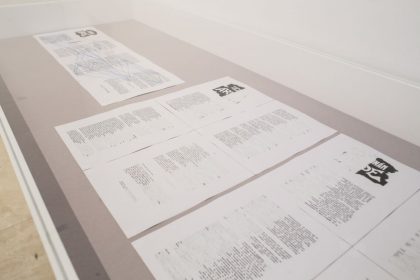 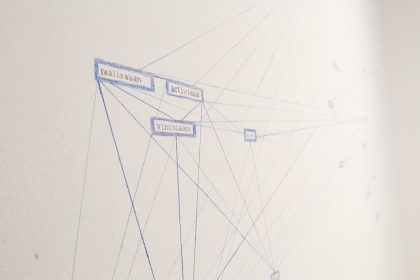 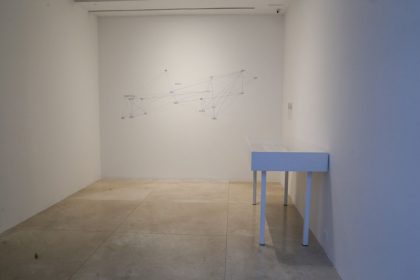 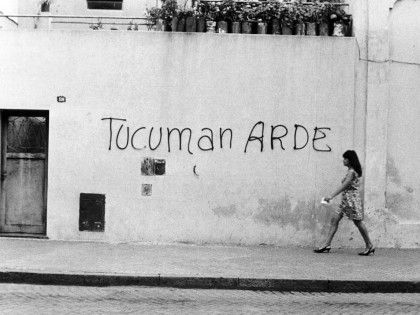 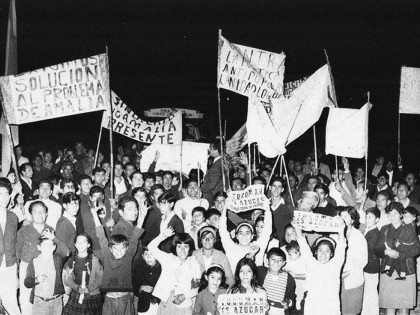 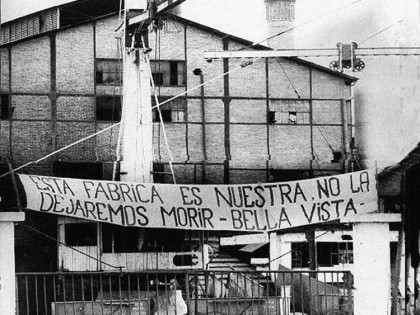 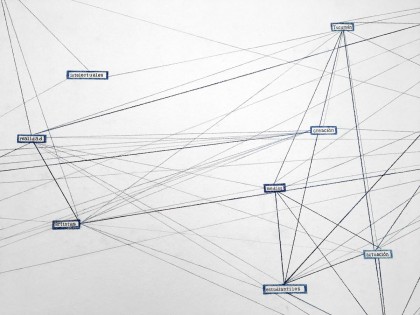 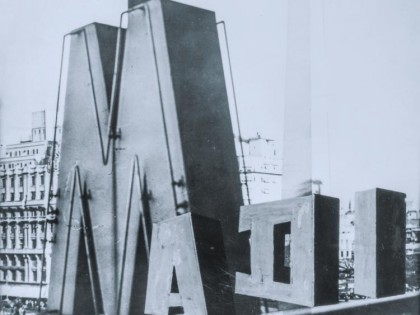