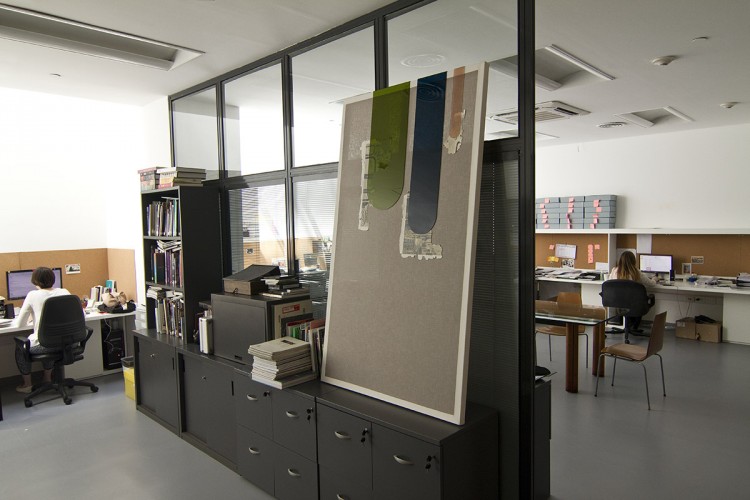 One and two exhibitions at the same time, Cameo is a project conceived specifically for MALBA in which Juan Tessi investigates the relationship between painting and biological processes on the basis of a system of metaphors that identify pictorial surface with epidermis and picture with body.

The exhibition ensues in two different timeframes. The first moment, from March 3 to April 14, entails atomization. During this phase, the paintings will be placed in spaces in the museum identified and displayed on security cameras. Visitors can view the exhibition by following a spatial diagram that indicates the location of the pieces both inside and outside the museum building. During this period, Juan Tessi will use the gallery space as an office. He will select fragments of the cameras’ recordings. The gallery will also be the site of an intensive program of actions and lectures that will be registered and available for consultation.

Starting on April 14, the concentration phase of the project will begin: the paintings will be brought to the gallery where they will be exhibited alongside the prostheses used to affix them to the walls and to move them around the museum’s premises. A film based on the recordings selected by Tessi will be projected in the gallery. As archives of their own time at the museum, the paintings bear traces of their previous locations. They are the product of the dialogue they established with the space and with those who observed them.

Somewhere between agency and passivity, the paintings are envisioned as actors that both look at and take part in the museum’s daily life. As such, they shed light on the dubious affinity between “reality show,” panopticon, security booth, and museum, and underscore systems for the regulation and distribution of images and bodies.

The project aims to go beyond criticism of control societies to propose new ways of interacting with the space around us in terms of work, eroticism, and collaboration. 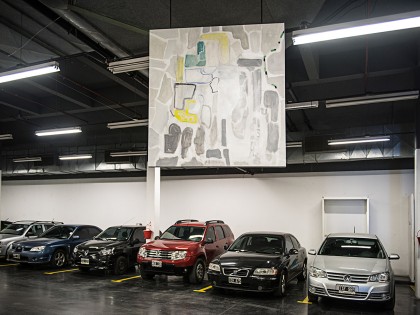 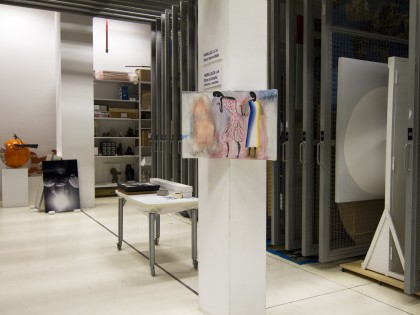 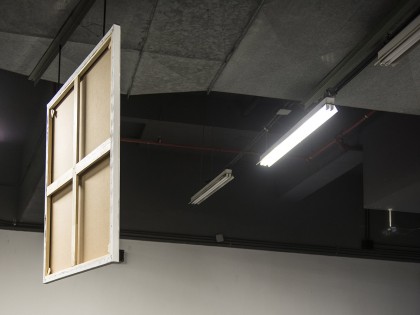 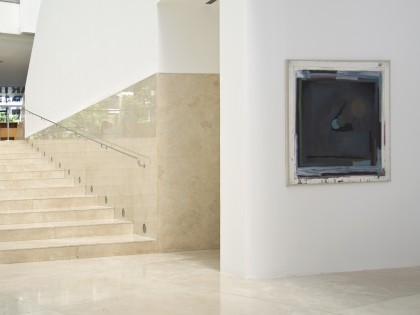 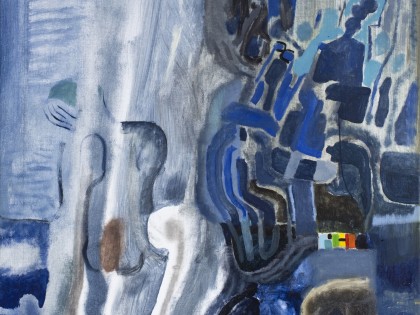 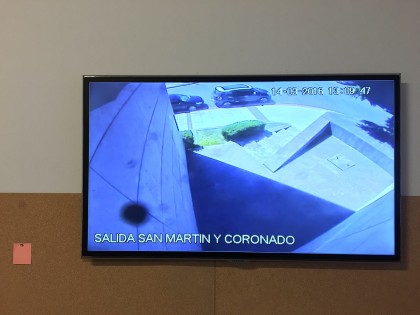 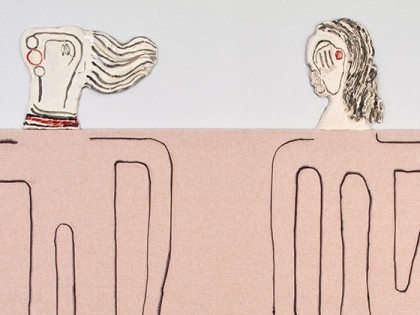 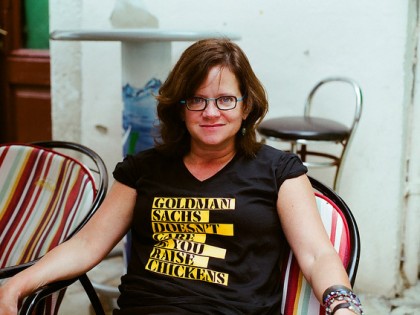 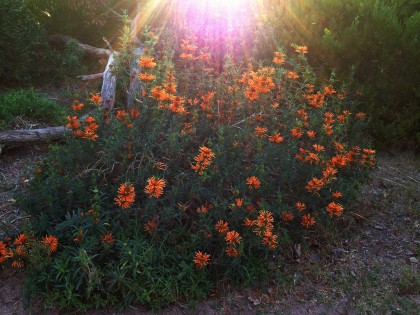 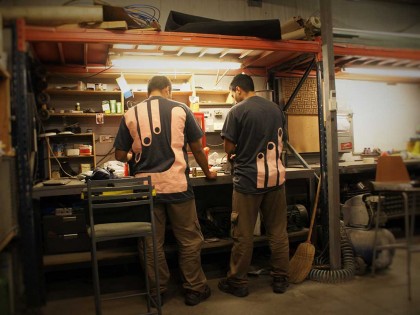